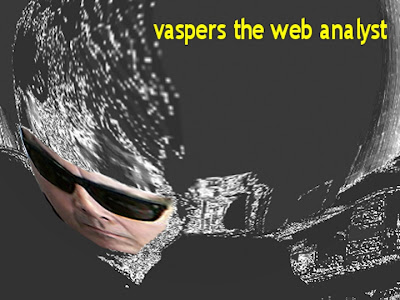 The Digg mutiny and now the FM Publishing - ValleyWag PR disaster are indicating a serious Web 2.0 Meltdown. I love it. I love the fact that the attention is focused on ethics, advertorial vs. editorial, journalistic integrity, and mammonistic monetization mania.

Mammonistic Monetization Mania, what is it?

When your emphasis is on "how can we make a fast, easy buck?" instead of "how can we provide value and convenience for our customers?"

When you see web users as dim-witted sitting ducks, eager to recklessly fling away their not so hard-earned cash. The dummies might as well send their money to you, right? Clutter your web site or blog with all kinds of intrusive ads! Go for it!

What a lousy attitude.

And when the ads begin to seem like editorial, it looks like you're trying to take advantage of the #1 Web User Reality: web users are impatient, skimming for relevant content, distracted, multi-tasking, and in a big hurry.

Blurring the boundaries between advertising and editorial, or between genuine product user remarks and PayPerPost spam commenting, is Marketing Suicide.

Our glorious, triumphalistic, Self-policing Blogosphere is not to be mocked or messed with.

We all are learning, making mistakes, looking like idiots and losers, now and then. We must not rush to condemn, but must try to learn from each other, and help each other with honest, bold critique and advice.
Posted by steven edward streight at 6/25/2007 06:24:00 AM No comments: 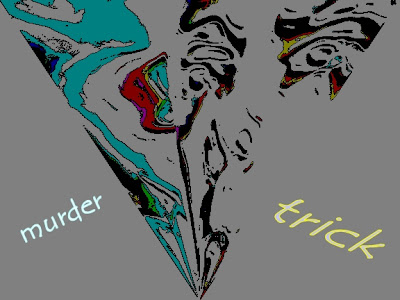 Last night I heard the most gruesome thing I'd ever heard. It was a show on a serial killer with no conscience. He wakes up every morning, hungry to kill another victim. Someone who enjoys slaughtering children is not a human. That thing is less than an animal. He's a monster.

Here's what made my skin crawl, psychologically.

A victim who miraculously survived the attack said:


"I was new in town, my family just moved in. I was 8 years old. As I was walking through a field, exploring the neighborhood, an older kid rushed up to me out of nowhere.

He approached me and declared with great concern, "Hey, don't you know there are people around here who like to kill little boys like you?"

I was stunned. How do you reply to a bizarre statement like that? Before I could process what he just said, another abrupt event occurred. I didn't see anybody, but my friend claimed there was someone coming toward us. It was a lie.

"Look out! Here comes one now! Get down. Get down, so he won't see us!" my strange companion exclaimed as he pushed me down, to join him in the grass, on our stomachs.

After a few seconds, I said, "I don't see anybody", and started to roll over to face my comrade, but it was too late. I could feel the long sharp blade dig into my liver.

"I just want to know what it's like to kill somebody. You'll be dead soon," he replied, then started laughing, as though highly pleased with himself.

He sauntered off, like nothing had happened. I lay there bleeding to death, but was now aware of my dismal fate. My life was ebbing away. Somehow I managed to get up and stumble home. I was rushed to a hospital and got the treatment I needed. I survived the attack, but apparently, I was the only victim who did. This maniac had murdered several small boys, and would have continued his killing spree, but I exposed him.

Tell your kids that if someone runs up to them, they should run away.  If someone starts talking "crazy" especially in a homicidal manner, get away from them quickly and report the person to a trusted authority.
Posted by steven edward streight at 6/10/2007 10:11:00 AM No comments: 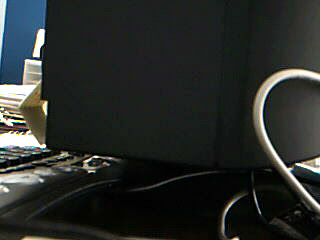 A growing problem in blogs, Twitter, and online forums is the internet troll.

Trolls are cyber bullies who, while they appear to flame specific individuals, are actually jealous of online communities.

Their purpose is to anger and upset individual members, but their primary goal is to gain attention and to disrupt communities, especially when the members are peacefully helping and advising each other.

They tend to be anonymous, or use a fake name, a pseudonym. This is pure cowardice and fear of accountability, lawsuits, banning, etc. Trolls tend to have no clients, no content, and no allies, except other sadistic trolls.

Trolling is unvarnished misanthropy (hatred of humanity), usually coupled with a Luddite opposition to computers, blogs, user generated content, democracy, people power, and innovation. They often use the F word and juvenile insults.

Best method is to ignore and never mention the trolls.

Sometimes you have to bash them directly, which is fun.

EDIT UPDATE: This is a "post-in-progress". I will add links to The Matrix Online Guide to Trolls and other resources. Return to this post, if the topic interests you.

Check out my Vaspers Twitter messages for contextual blogocombat and advice.

In Amerikkka the gun is god

Each of us must respond to this Virginia Tech massacre.

Not with grief or sympathy. What good can that do?

Most of it is grandstanding, prissy-flitting around like angels with weepy harps. We feel sad, we pause, we express compassion, we waltz around in flowers, then: Life as Usual. Nothing changes in us, nor in society.

We must respond with harder looks at disturbed and bizarrely behaving individuals. We have to stop sticking our heads in the sand, ignoring the warning signals. I'm sure we all have sociopaths in our midst. They may never act out their secret seethings, but are you willing to wait and see?

Not me. If I observe bizarre behavior, words, or attitudes, I'm committed to confronting and combating them, either defensively or offensively.

We must respond with deep questioning of our callous media and our worship of violence.

We pursue careers violently. We work violently. We are rough, rude, and unreasonable. We flock to violent music, movies, and moodswings.

I have blogged and Twittered extensively about this tragedy, but I discuss the worthless university administration, the lousy security crew, the dimwitted local cops.

I have never mentioned the shooter's name, it's too hard to spell "on the fly".

Virginia Tech massacre is being exploited by the filthy MainStream Media, as usual. Like they exploited OJ Simpson, Monica Lewinsky, Anna Nicole Smith, Don Imus, and now Virginia Tech. "The media doesn't care, they want YOU to care, so you'll continue to watch," someone said on Glenn Beck tonight. True.

Interviewing survivors, young shocked students, minutes after the killings...how crass, uncouth, and uncaring is that? That's your MSM, the bearers and defenders of professionalism and objectivity, sans conscience, without any morality or common sense.

Can we all try to become more peaceful as individuals. Can we learn to spot potential "go postal" killers in our midst? Can we fight back, and teach our children how to fight back, against kidnappers, molesters, con artists, bullies, terrorists, traitors?

Or are we too concerned with Web 2.0 conferences and streaming live video of us riding in a car? Too happy drinking beer at a blogger gathering to feel sorrow for mourning families, or to feel anger at university administrators who allowed 33 people to die?

Why didn't a bunch of males jump the shooter, like when he casually reloaded a new clip?

Why is no one explaining how to defeat a gunman, how to distract, confuse, and tackle him?

It is not impossible to stop an crazed killer. They are not superhuman, but that's what our motion pictures try to make us believe. A gun makes you a big man, a man who can solve problems, can get revenge.

Got a problem? Get a gun. This is Amerikkka.

One guy wins every single war that is fought. The arms dealer.

Gunning up Amerikkka, gunning for Amerikkka, all gunned up: Amerikka.

Violence is what Amerikkka great. We killed the native inhabitants, we killed our southern neighbors, we killed our enemies to the east and west, we kill and kill and watch killing on the boob tube, the "influencing machine" that is fading fast, giving way to social media tools.

Bomb the bad guys. Torture the terrorist. Fight fire with bigger fire. Avenge our slain, by slaying more, then more, and some more.

We pretend to feel sorrow for a few seconds, upon hearing of the slaughter, then go right back to watching movies and TV shows obsessed with homicide, crime scenes, vengeance, brutality. 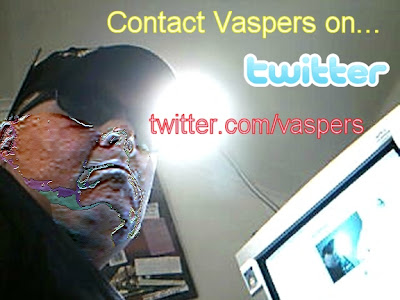 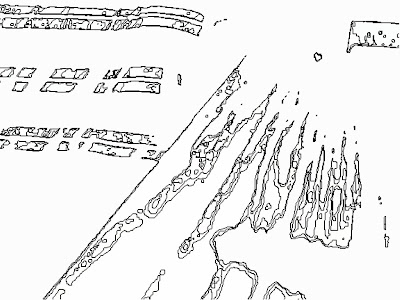 According to some, crybaby blogging is on the rise and for good reason. Why would more and more bloggers succumb to weepy loafing around and wimpy wheezing? We take a closer look, just for fun.

It's easy to be sad, dismayed that nobody pays any attention to you. Or they all pay too much attention to you, following you everywhere with their cameras and microphones and questions. So who can you lash out at?

You look around. Everybody else seems so large, so mighty, so self-assured. You feel the first tear roll down to your pouting lip. You think it doesn't seem fair that you're ignored or disliked. You want to be avenged by an adoring public.

People hear of your plight, your suffering, and they run to your side, weeping with you. They offer support, or cookies and coffee, or sympathy. You take what you can. It worked. The world seems brighter now.

The subversion of blog core values, in the name of emotional relief, looks absurd upon a careless and superficial examination, but when we scratch into it, beyond the surface, it scratches back.
Posted by steven edward streight at 3/28/2007 05:23:00 PM 2 comments: